How Big Should Your New Home Be? 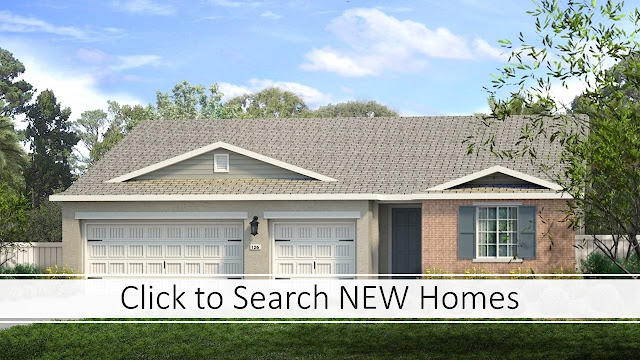 When it comes to buying a home, real estate professionals will tell you the most important consideration is “location, location, location.” But while location is certainly important, there are other factors that matter too. That’s why it’s a mistake for buyers to focus so much on the where of buying a home that they neglect to consider just how much home they really need.

Sarah McCracken learned this lesson before it was too late. The 28-year-old manager of sustainability nonprofit and her husband tried to purchase their first home in Massachusetts last year. They got involved in a bidding war on a four-bedroom house about an hour from Boston. They ultimately lost the house, which sold for $15,000 over list, but that was a blessing in disguise.

“We were trying to think about where we would be in five years,” McCracken says, adding that they initially wanted a four-bedroom, three-bath house to have sufficient space for visitors and future children. “But we were thinking very broadly and probably a little too big.”

After reading a newspaper article about the hidden costs of homeownership, McCracken adjusted her home-search criteria. “It really made us think that we didn’t know what five years down the road was going to look like and that it was much better to think about what we needed right now and can reasonably pay for,” she says. “That allows us to save so maybe down the line if we need that bigger house, we’ve saved all that money and can easily afford to get it.”

The couple ended up purchasing a three-bedroom, two-bath home that cost $75,000 less than the initial house they bid on. They’re not paying for space they don’t use and have plenty of room to grow into their new home. “It’s wonderful,” McCracken says.


The hidden costs of homeownership

The true cost of a home is more than the downpayment, principal, interest, insurance and taxes. According to a recent study, homeowners can expect to spend about $9,394 every year on costs associated with owning and caring for a home—costs that are often overlooked during a home search, such as utilities, cleaning, lawn care, HVAC repair, pressure washing, gutter cleaning, pest control and more. And $9,394 is just the national average; if you live in the Los Angeles area, you can expect to pay $13,892 in hidden costs, or a whopping $20,655 in San Jose.

In general, the larger the house, the greater the costs associated with its ownership.

“The biggest house isn’t necessarily the best house, or even the best investment,” says Mari Adam, a certified financial planner in Boca Raton, Fla. “If you intend to stay in the home a long time, it may be a mistake to buy the six-bedroom McMansion. Once your kids leave home, you’re living in—and paying for—a home that’s almost empty.”

Adam says that a moderately high-end home in South Florida could easily cost $100,000 or more to maintain each year, even with no mortgage. “You’ll need $2.5 million in assets to generate that income every year, so think long and hard before you buy about how much you really want that house and what you’re willing to forego in order to get it.”

Indeed, it looks like today’s seller’s market is forcing buyers to make some compromises. A survey released in July 2018 by Realtor.com found buyers are steadfast in their desire for good school districts but are willing to sacrifice a garage and updated kitchen to get into the right school district. Other features buyers are willing to give up include a large backyard, the desired number of bedrooms and outdoor living space.

Millennial buyers in particular are facing challenges from rising interest rates and home prices—and that’s forcing many to adjust what they’re shopping for. Another Realtor.com survey released in April 2018 found many buyers are responding to these market conditions by looking for a smaller home or shifting their search to a different neighborhood to compensate.


How big is too big?

Experts suggest that you consider your future needs when purchasing a home. Are you planning to have children? Might your in-laws move in with you as they get older? How long do you plan to stay in the house? All are important considerations in choosing enough home to satisfy your current needs, but one that is not so large that you are paying for unused space.

“Many of my first-time homebuyers buy a home that can accommodate their current needs, as well as the start of a family, with the intention being to move up once they have children,” says Bill Golden, a real-estate agent with RE/Max Metro Atlanta Cityside. “But for empty-nesters, it can be a difficult decision. They want less space to take care of, but they need to consider if they’re going to have grandchildren or other family members visiting. Also, as retirement looms, many folks want to make sure they have enough space that they won’t be falling all over each other when they’re no longer working.”

Patrick Ryan, senior vice president and managing broker of Chicago-based Related Realty, suggests focusing on the size of the individual rooms and outdoor spaces in which you plan to spend the most time. “This is often more important than the total square footage, which can be deceiving or misrepresented,” he says.

And while experts say that buyers shouldn’t stretch and purchase the biggest house they can afford at the maximum mortgage they quality for, it’s also not a good idea to purchase a house substantially smaller than you need either.

“My advice is to take the size based on your current needs and your potential needs over the next five to seven years,” says Millie Rosenbloom, a broker-associate with Baird & Warner in Chicago. “You don’t want to under-buy if you plan on staying. The costs of these transactions are expensive.”


By: Robyn A. Friedman